In June 2017, we commenced work on the redesign of the exterior of 542-566 Roosevelt Road in Chicago, Illinois to give it a more modern look and feel. The building had not undergone any major improvements since it was originally constructed nearly 60 years ago.

Some of the major components associated with the redevelopment included the demolition of the awning along Roosevelt Road, combining three retail suits into one large suite, painting the building, installing a new back illuminate LED signage panel, updated mechanicals/utilities for Sola Salon, new storefronts for all of the vacant space and new elevated parapet design elements for Sola Salon, Chicago Uniform Company and the eastern most endcap. 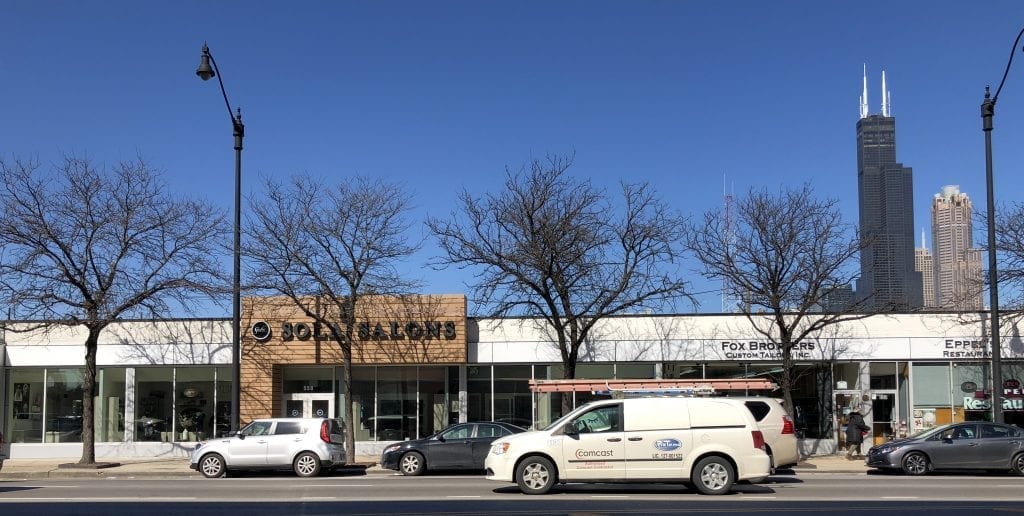